Entrepreneurs in USA Raise Pigs from Spain for Ibérico Meat

Acornseekers, the duo’s three-year-old company, based in Flatonia, Texas, is the first to bring Ibérico pigs, a breed indigenous to Spain and Portugal, to the U.S. for commercial production. The omnivorous animals graze freely in pastures dotted with oak trees, feasting on the hundreds of pounds of acorns they find in the winter, a centuries-old tradition.

The goal is to produce nutty, marbled meat that’s as good as or better than what’s available from Spain’s multibillion-dollar pork industry, the world’s fourth-largest producer and exporter. About 50 high-end restaurants across the U.S. have sought Acornseekers’ fresh cuts of pork, which it started selling in small amounts in April, Murga says. “We’re saying no to clients that want a lot.”

Business Solution: Instead of importing it, we’re making it here. Like the Europeans who planted vines in California.

Ibérico meat, both fresh and cured, is in demand among influential U.S. chefs, who praise its rich taste and texture and say it’s notably different from the lean factory-farmed American breeds. Consumption of cured ham in the U.S. is at “historic highs” today, according to a 2015 report from ICEX, the Spanish government’s export agency, which estimates the wholesale value of cured ham sold in the U.S. was about $200 million in 2014.

Katie Button, the chef and co-owner of Spanish restaurant Cúrate in Asheville, N.C., describes both fresh and cured Ibérico as “amazing.” She’s worked in the kitchens of Spanish star chefs Ferran Adrià and José Andrés. “Even people who don’t eat pork tell me they had to try it, and it absolutely blows their minds,” she says. Josh Merrow, a co-founder of Hamlovers.com, an online retailer based in Greenwich, Conn., says the U.S. is the strongest market of the more than 20 countries he serves.

Business Problem: Betting on the U.S. is smart, says José Miguel Montoya Oliver, a professor at Madrid’s Universidad Politécnica who’s one of Spain’s leading forestry experts. In Spain’s main ham-producing regions, thousands of oaks are dying annually, and they’re not being replanted because of poor forestry management, he says, resulting in “fewer and fewer” oaks and shrinking Ibérico production. It’s a problem for the industry, he says. “They know that one day they’re going to be left without product.” 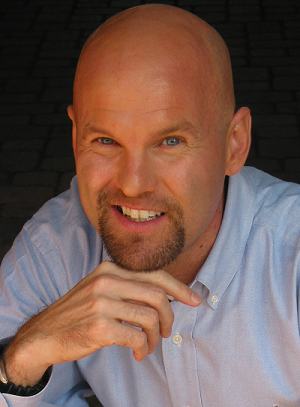