Presidential candidates should discuss how they will support entrepreneurship

There are more than 3,000 counties in the United States, yet only 20 of them managed to combine for half of America’s net new business formation in the first five years of this economic recovery, according to a new analysis of Census data by the Economic Innovation Group in Washington, DC. Those 20 counties include parts of Silicon Valley, Southern California, and the greater New York City area which are top venture capital destinations.

By the 2010s, counties with over 500,000 people had become dominant, generating 81 percent of all new business establishments — despite housing only 47 percent of the country’s population. Were it not for these relatively few pockets of resiliency, the U.S. economy would have seen near-total stagnation in its business landscape. 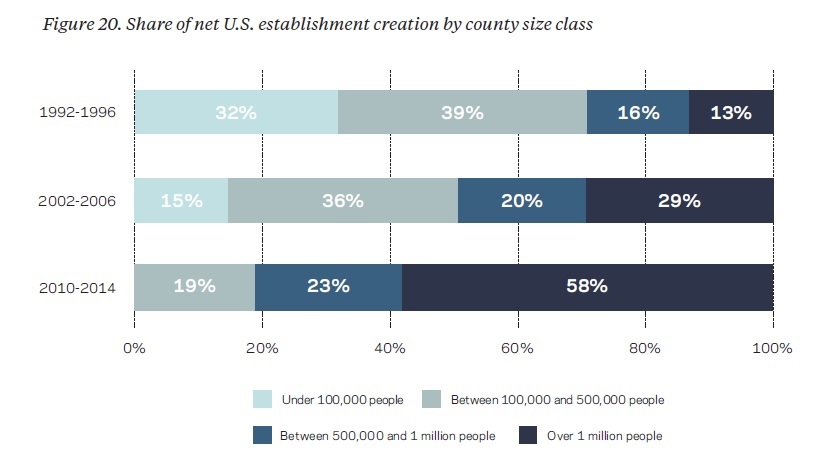 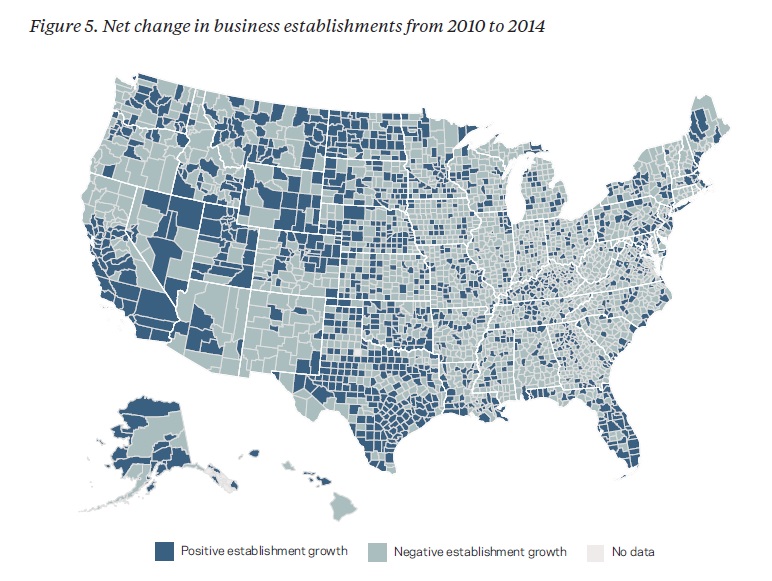 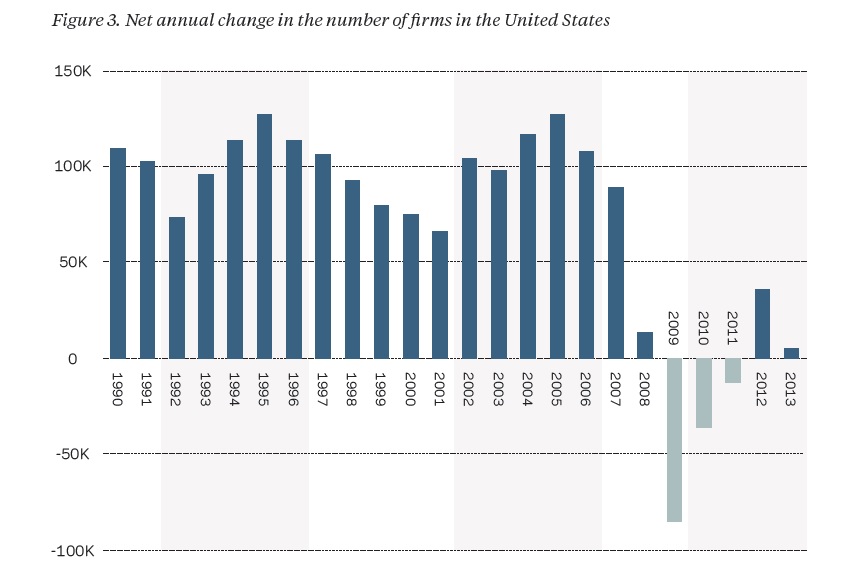 What happened to starting start-ups in the USA?

Borrowing against home equity has traditionally been an important tool for Americans to launch their first small businesses. Did the killing off of small and local banks kill off entrepreneurship in USA? 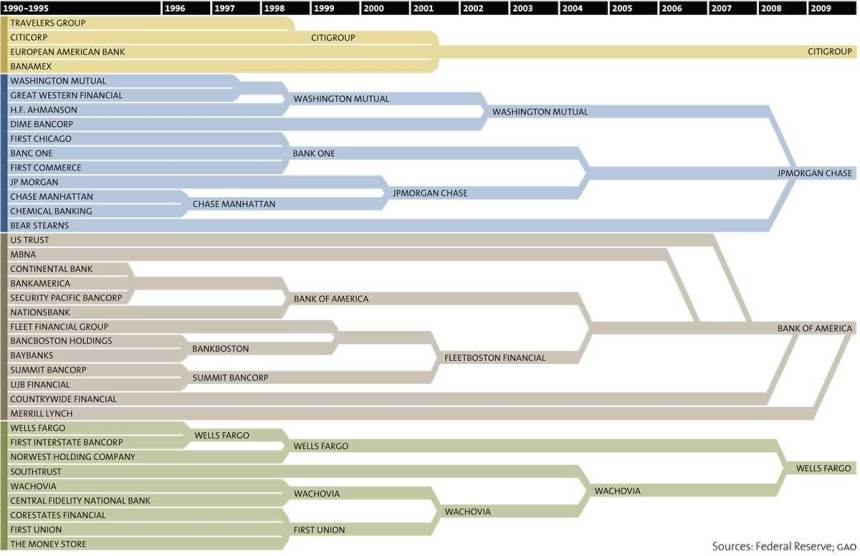 The New Map of Economic Growth and Recovery report identifies the geography and strength of job creation and new business formation, as well the overall collapse in the number of new firms in the economy.